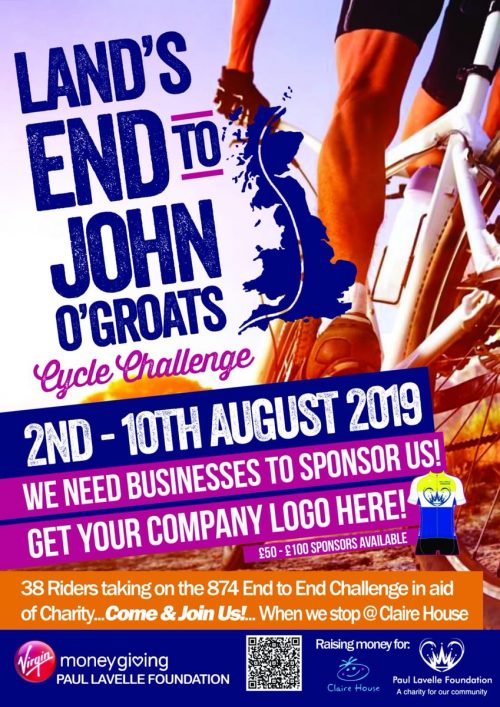 A group of forty local fundraisers are cycling 900 miles in 9 days from Land’s End to John O’Groats to support Claire House and the Paul Lavelle Foundation.

The Paul Lavelle Foundation was set up as a charity in 2017 to raise awareness of and support survivors of male domestic abuse following the death of Paul, from Rock Ferry. Paul’s friends and family decided to set up the charity in his honour, opening a hub on the Wirral earlier this year, and wanting to fundraise by taking on the cycling challenge.

The group also wanted to support their local children’s hospice and are hoping to raise £20,000 for the Paul Lavelle Foundation and Claire House. On the fourth day of the cycle ride, the group will be stopping off at Claire House for refreshments, before having a police escort through the Mersey Tunnel to Goodison Park, where Paul was a season ticket holder and avid fan. 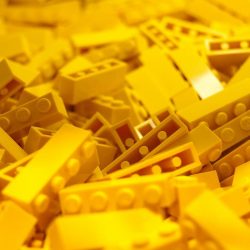 Today, the Jeanrenaud family are Paying For a Day at Claire House on their son Henry’s birthday. Henry’s favourite colour was yellow and he loved playing with lego. To commemorate Henry’s special day, we are sharing this image of bright yellow lego bricks! Thank you to the Jeanrenaud family and their friends for supporting the […] 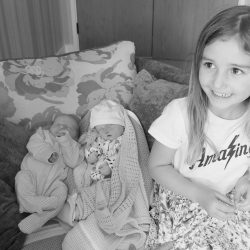 Today, Tuesday 14th April, the family and friends of baby Ana have fundraised to Pay for a Day at Claire House. Ana’s mum Emma said: “My husband and I were excitedly expecting twin girls, but at our 20 week scan, we found out that one of our girls, Ana, had a problem with her kidneys […]