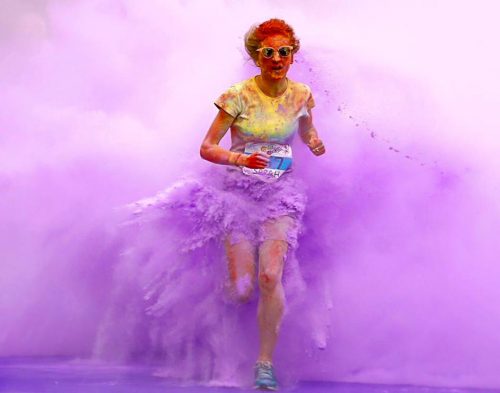 Claire House Children’s Hospice held its last ever Splash Dash event in Sefton Park on Saturday, with over 1,500 people getting covered in powdered paint while supporting the charity.

The Splash Dash is Claire House’s version of the colour run and has been held in Sefton Park since 2013. In the last seven years, over 12,000 people have taken part, raising over £400,000 for the local children’s hospice.

Claire House first decided the organise the event to highlight exactly what the hospice is all about – fun, laughter and living life to the full.

Since Splash Dash was first held in Sefton Park in 2013, there has been an 84% increase in the number of children coming to Claire House.

Event Manager Mark Pearson said: “Claire House Children’s Hospice is looking after more babies and children than ever before in our local community so we need more money than ever before to support this. The Splash Dash has been our flagship event for seven years and has been hugely successful.

“It has been incredible to see thousands of people take part over the years, having messy fun with their family and friends while raising vital money for their local children’s hospice. Ultimately though, the best thing has been the families that we care for getting involved – each paint station on the route is looked after by a local family that has lost a child, with the colour they represent being very important to them.

“While it is the right time to end the Splash Dash, we really need the local community to continue to support Claire House in any way that they can.”

Thank you to everyone who has supported Claire House by taking part in Splash Dash over the years.

Claire House thanks shoppers for their support over the years

Claire House would like to thank everyone who has supported their Saughall Massie charity shop over the last 19 years. The charity has made the difficult decision to close the charity shop as of the 17th January 2020. The reason this decision has been made is due to a number of factors; mainly that the […] 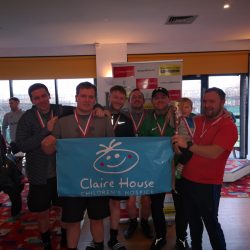 Businesses from around the city came together to take part in a charity football tournament, raising over £700 for Claire House Children’s Hospice. Claire House and Footy Addicts, have brought together over 10 local businesses around the city for a 5-a-side tournament at Powerleague Liverpool, on 18th January, in aid of the hospice. The social […]