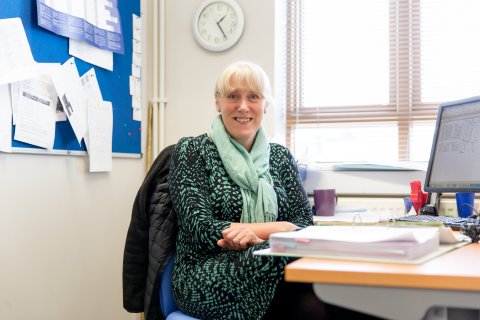 She has worked within the not-for-profit sector for many years and leads our Finance, Information Management and IT teams.

Janet’s early career was spent in the business sector, qualifying as a Chartered Accountant with Deloittes in 1981 before going on to work in both the audit and tax departments.

Her move into charity work – she has also held roles within the Citizens Advice Bureau and national health and social care charity The Turning Point – followed a career break to raise her two sons.

Janet has also found time to be involved in Girl Guiding for 25 years, chiefly as a brownie guide leader.