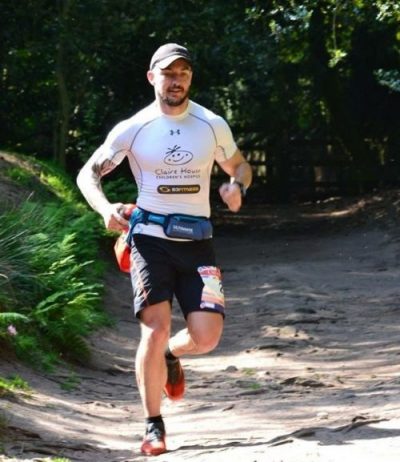 Jon Park from Chester is hoping to raise £10,000 for Claire House Children’s Hospice, by running more than 870 miles across the UK, between Land’s End and John O’Groats.

Jon took part in the first ever GB24 Race – described by organisers as “the toughest 24-hour race in Britain,” with 500 meters of ascent during every 5.8-mile lap.

The 33-year-old clocked up 106 miles to secure his podium finish, beating off competition from more than 150 other runners from around the world.

And now he’s got his sight sets on a new challenge as he aims to run more than 870 miles between Land’s End and John O’Groats to set two new World Records, raising vital funds for the children’s charity Claire House Children’s Hospice in the process.

Jon said: “The GB24 Race was amazing but it’s the hardest challenge I’ve ever taken on. The constant uphill running was so tough, but I just kept going and I’m over the moon to have won the race.

“I’m training hard to take on the Land’s End to John O’Groats run next year and this win has given me a lot of confidence and the motivation to train even harder.

“The current world record is 9 days, 2 hours and 26 minutes, and the distance is 874 miles so that’s what I’m aiming to beat. If I can do it, I’ll break the record for the highest number of miles run in one week and the record for the quickest time between those two locations.

“I know it’s going to be really hard, but I wanted to push myself to do something out of the ordinary and help raise money for Claire House Children’s Hospice in the process too.”

Continuing his Support for Claire House

Over the past three years Jon’s completed a number of different challenges to raise money for the charity, including the World’s Toughest Mudder event in Las Vegas as well as many ultra-marathon races.

The Huntingdon resident, who’s due to get married later this year, also plans to take on a 214-mile coast to coast run across Scotland later this year as his preparation continues.

“The training takes up a lot of my time, but my fiancée is really behind the challenges,” added Jon.

“She and all of my friends and family have been a huge support and when it comes to race days those things really help and they motivate me to keep pushing harder.

“Claire House Children’s Hospice do so much amazing work as a charity, so it’s been brilliant to work with them over the last few years too.

“I’ve supported them ever since I was young and being able to give something back in the way of fundraising will really help, so I’m hoping to raise as much as possible between now and the challenge in March next year.”

Get Involved with Claire House

You don’t need to run over 200 miles to show your support for Claire House. You can get involved with your local children’s hospice in a number of ways, all to suit you! 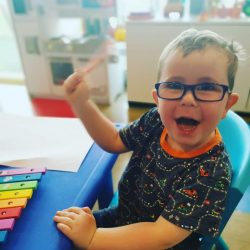 Stepping Up for Jacob

Joanne Harrison’s son Jacob died from a brain tumour last December. Whilst in lockdown the Warrington family decided to raise money for Claire House Children’s Hospice, the hospice who looked after their son. “Me and my family have climbed 1,474 flights of stairs, the equivalent to each covering the distance of the Three Peaks, to […]

We realise this is a very difficult time for everyone, but we want you to know that at Claire House great efforts are being made to keep the children we care for safe and out of hospital. Working alongside our colleagues in the NHS, we have an important role to play. For a full update from […]