Devoted Dad takes on snowman challenge in memory of his son 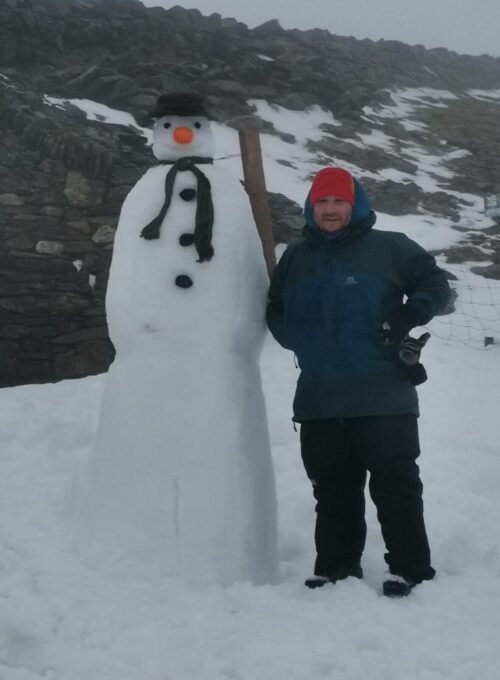 On Friday 4th February Andy Rooke, 38, sets off on the Snowman Challenge, when he hopes to build a seven-foot snowman on the top of each of the Three Peaks – Ben Nevis, Scafell Pike and Snowdon.

The challenge will continue throughout the month, during which he hopes to raise £25,000 for Claire House Children’s Hospice. The hospice cared for his son, Charlie, who sadly died in February 2020 at just 17 months old, after being diagnosed with a rare genetic disease.

“Charlie had a short life but I’d like to leave a legacy to help other kids. The memories we have wouldn’t have been possible without Claire House, so I decided to fundraise for them,” said Andy.

Andy, who is from Prenton, Wirral, came up with the challenge after Charlie’s death. “My partner and I worried that Charlie would be forgotten about and there would be nothing to remember him by. As I walk up a lot of mountains this seemed like a fitting tribute.”

“I came up with idea to build a snowman as we had the Snowman video on all the time we stayed in Paediatric Intensive Care for many months. We also played ‘The dance of The Snowman’ when Charlie had his swim in the Claire House Hydrotherapy pool, this was on our Bucket list of experiences we wanted for him. Charlie gently passed away to ‘The Snowman’ at Claire House and we also played it at his funeral. It makes me feel connected to him.”

Andy’s gruelling challenge will see him at the mercy of the winter weather. “I am climbing the Peaks with a small group of friends, some are also fellow volunteer Mountain Rescue Team Members. Another of my friends hasn’t ’t done anything like this before. I expect the first mountain, Ben Nevis, will take about five hours to climb and if the weather’s not too bad, the snowman will take a couple of hours to build,” he said.

“We’ve had to do lots of planning, as there is lots that can go wrong. Sometimes the fresh snow can come up to your knees, which can make things difficult. It’s very dependent on the weather but I’m hoping to climb Snowdon in the last week of February, which will be the two-year anniversary of when Charlie passed away,” he added.

Since coming up with the challenge, Andy has had lots of support, including someone who gave him £100 when he was on a practice trip up Snowdon. “I’ve really appreciated all the donations and good wishes I’ve received. I walked three quarters of the way up Snowdon to practice building a seven-foot snowman.”

Mark Pearson, who works at Claire House said: “We are very grateful to Andy for all the hard work he is putting into raising vital funds for Claire House. The money he raises will help us reach out to more families, like the Rooke’s, who desperately need support.”

To donate to Andy’s Challenge you can visit his JustGiving Page. 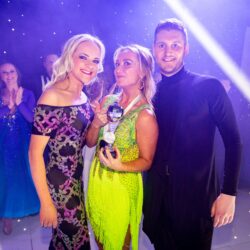 Claire House Children’s Hospice held its annual Strictly competition on Saturday at The Rum Warehouse, Liverpool, raising over £37,000. The 2022 Glitterball trophy was won by Lorna Bent from Warrington, who danced the Samba with professional dance partner Chris Millward from Cadmans Dance Centre. Lorna, along with six other amateur dancers who trained and fundraised […] 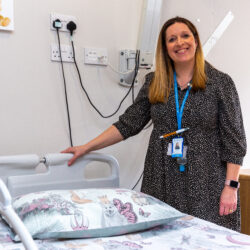 As part of their generous £1million donation, the 64 Trust has bought Claire House Children’s hospice a ‘cuddle bed’, that allows families to be together at some of the most difficult times of their lives. The cuddle bed is one of the first purchases made with funds from the Trust, that will be spent on […]