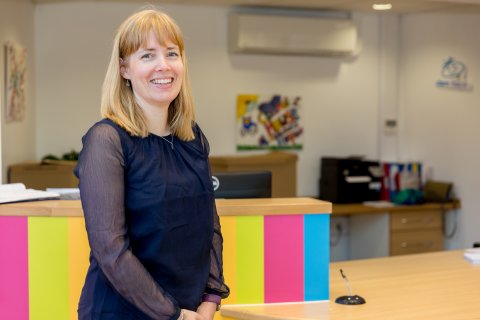 Gillian joined Claire House in 2014 in the fundraising team, focusing on individual giving and has successfully grown the lottery into a major income stream during that time.

She originally started her career in the private sector with roles in the marketing departments at Matalan, Littlewoods and more recently at Iceland where she worked for 9 years on regional marketing, direct mail and TV and radio advertising. She switched to the charity sector in 2013 and has loved the different challenge that brings.

Gillian says, “The energy and enthusiasm that exists in the team here at Claire House is huge inspiring and exciting and I love being a part of it.”

Gillian lives in Chester with husband and son. Originally from Edinburgh, she loves travelling and exploring new places. She is also a passionate fan of Scottish rugby and is often found at Murrayfield cheering herself hoarse.